As the discussion about minimum wage continues and evolves, the topic of how much money Americans actually need to survive also rises to the surface.

California recently signed a law that will raise the minimum wage to $15 statewide by 2022, with Governor Jerry Brown saying it would bring about “economic justice” for people on the lowest rungs of the pay scale. Several presidential candidates have also said they would consider raising the national wage, and about 87% of Americans say they’re in favor of raising the national $7.25 minimum wage. 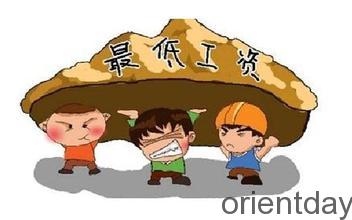 One person working full-time hours earning the federal minimum wage will earn about $21,008 in gross income (before taxes are taken out). But the question of whether $20,000 is enough to survive depends on a lot of factors. No family or living situation is the same, and it would be foolish to assume that $20,000 of income per year is the same for one person as it is for another. Still, there are some similar challenges for people who live on this level of income. According to the Federal Reserve, even an income up to $40,000 can be a challenge. “Among respondents in households making less than $40,000 per year, 53 percent indicate that they are either finding it difficult to get by or are just getting by,” the Fed notes in its Report on the Economic Well-Being of U.S. Households in 2014.

The short answer to surviving on $20,000 a year: It can be done. But there are often steep financial consequences and setbacks, and overall well-being definitely relies on individual family characteristics.

We know you can survive on an income of $20,000 per year, because a significant portion of Americans are already doing it. According to the Social Security Administration, about 38% of wage earners — or about 60.2 million Americans — earned $20,000 or less in net compensation in 2014 (money that actually goes into their pockets). About 14% of Americans are currently living below the poverty line, according to a report from The Atlantic.

Poverty, as defined by the government, takes into account income and the number of people in the household. At around $20,000, families of three or larger are considered impoverished. (The poverty level is $11,880 for one person and $16,020 for two people.)

Visa for expats in China